Imagine sunrise 67 million years ago. Light shafts break through the humid air of a lush jungle. Giant insects buzz with trepidation as a Tyrannosaurus Rex stomps through what is today Montana. Towering at 20 feet and weighing 32,000 lbs., its power is unrivaled as it picks up speed toward its unsuspecting prey.

In the blood-warm Pacific, whales cautiously avoid encountering a Megalodon. It is like a Great White Shark except for one difference – it is 30 times larger and its jaw bite generates up to 18 tons of force. It effortlessly breaks through bones after chasing down its prey at unmatched speeds. Both species have no natural predators, roaming the land and sea with dominion – unchallenged, uninhibited.

No one knows quite exactly what caused a dramatic shift in the environment. Suddenly, a giant dust cloud dims the sun, preventing photosynthesis. Acidic mud falls from the sky. Massive fires fill the ozone with toxins. And one by one, these gigantic species go extinct. All that remains are a few small and agile species that could rapidly adapt to the new environment.

Today’s business environment is experiencing a similar shift. For the past 80 years, giant global corporations thrived – buying, profiting, expanding and scaling at never-before-seen speeds. Massive wealth was created, and it became the new normal.

In 20 years, the business environment shifts dramatically. Technology advances exponentially, globalization and digital transformation change the playing field, regulatory shifts and rapid disruption have all converged to generate a perfect storm. Many of these once mighty companies find themselves unequipped to compete in the new environment. And one by one, they go extinct. In fact, 88% of the Fortune 500s since 1955 no longer exist, and since 2000, 52% of Fortune 500 companies have either gone bankrupt, been acquired, or ceased to exist.

If companies are to succeed in the new environment, then leaders must evolve their mindsets and skillsets to navigate volatility, uncertainty, complexity and ambiguity. This will require a ground-up transformation in the way that leaders are identified, measured, and developed.

What are the new mindsets and skillsets necessary to thrive in today’s environment?

This is the question that MCG Partners sought to answer as we researched and developed our Agile Leader Model and Development Program. As a blueprint for success, we analyzed the top US companies today as measured by market cap. 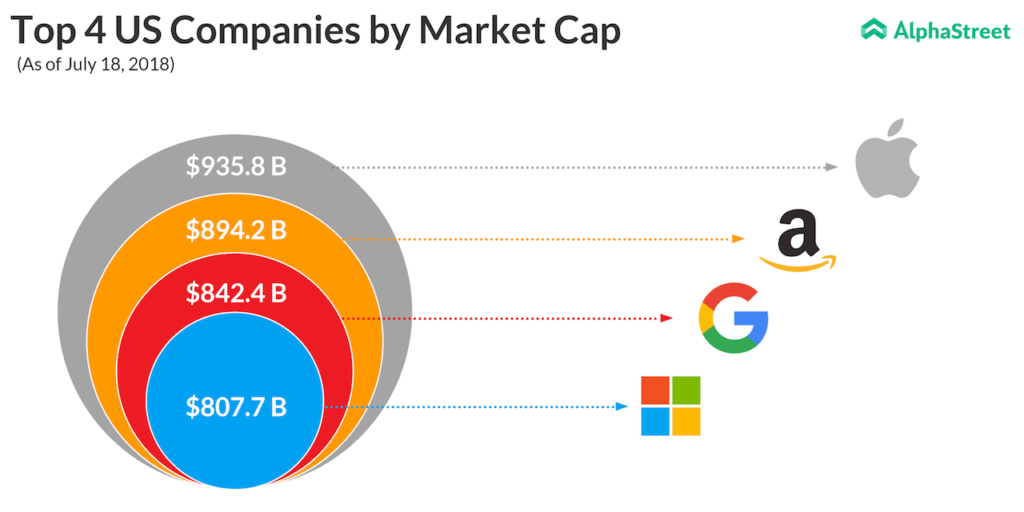 At first glance, one might say that the reason these companies are so successful is because they are tech companies. And while this was certainly a factor, it’s not the whole story. We found that there is something else going on – something deeper, subtler, more nuanced. There was an underlying Agile mindset that evolved from the software development methodology established in 2001. Leaders would think and behave in new ways that were more conducive to the new environment.

One of the top skillsets we uncovered was the capacity to Decide Courageously. Sometimes that meant going so far as to break their own business model. Sometimes that meant cannibalizing their own revenue streams in favor of a new product. Sometimes that meant investing billions of dollars of profits into outlandish failed innovations. The pattern was clear – these leaders have an enormous risk tolerance and their decisions are guided by responding to change rather than following a plan. In fact, they welcome change and even harness it for competitive advantage. They became the force of disruption to serve customers in new and innovative ways. As a result, they enjoy unprecedented levels of customer satisfaction and retention.

We also uncovered some more surprising findings. In study after study, the Integrity of a leader correlated most closely to business results. This was particularly true when it came to leaders who reliably follow through on commitments. In a recent study of 17,000 CEO candidates, those who scored high on reliability were 15 times more likely to succeed in their role. When everything else is in a constant state of flux, teams must be able to count on their leader as a steady footing. A dependable leader creates a culture of high accountability, trust and psychological safety, which Google found to be the winning combination in a study of their highest performing teams.

The successful leader of tomorrow looks quite different than that of the past. HR professionals must have the insight to rethink how they are identifying, measuring and developing their leadership pipeline.

We will be covering these in greater detail in our upcoming NEHRA webinar The Agile Leadership Revolution on Wednesday, November 28th 11am-12pm.

About the Author: John Griffith

John Griffith is Vice President of Consulting Services and is an Executive Coach and Facilitator for MCG Partners. For more than 10 years, John has empowered people and organizations to thrive. Most recently, John worked at Linkage Inc. where he leveraged his passion and energy to develop new partnerships. He worked with executives of several global Fortune 500 firms to successfully implement critical projects. These projects ranged from restructuring a 30,000-person supply chain, to CEO succession, to designing a multi-year, multi-million-dollar customized leadership program to develop over 2,000 managers and directors for future leadership roles.
Page load link
We use cookies on our website to give you the most relevant experience by remembering your preferences and repeat visits. View our Privacy Policy here. By clicking “Accept”, you consent to the use of ALL the cookies.
Cookie settingsACCEPT
Manage consent

This website uses cookies to improve your experience while you navigate through the website. Out of these, the cookies that are categorized as necessary are stored on your browser as they are essential for the working of basic functionalities of the website. We also use third-party cookies that help us analyze and understand how you use this website. These cookies will be stored in your browser only with your consent. You also have the option to opt-out of these cookies. But opting out of some of these cookies may affect your browsing experience.
Necessary Always Enabled
Necessary cookies are absolutely essential for the website to function properly. This category only includes cookies that ensures basic functionalities and security features of the website. These cookies do not store any personal information.
Non-necessary
Any cookies that may not be particularly necessary for the website to function and is used specifically to collect user personal data via analytics, ads, other embedded contents are termed as non-necessary cookies. It is mandatory to procure user consent prior to running these cookies on your website.
SAVE & ACCEPT